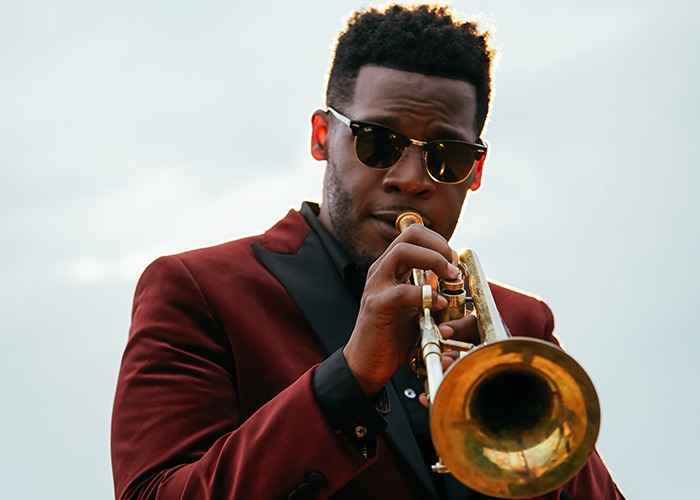 Raised from the fires of Ferguson, Missouri, Keyon Harrold has developed a reputation as one of the world’s most sought-after, emotionally electric young trumpeters on the scene.

Keyon is an eclectic trumpeter/music producer/arranger/songwriter whose music draws on elements of jazz, classical, rock, blues and hip hop to create something uniquely modern and unmistakably American.  Keyon has toured and recorded with or produced for some of the world’s best artists and ensembles like Jay-Z, Beyoncé, Common, Erykah Badu, Lauryn Hill to name a few.