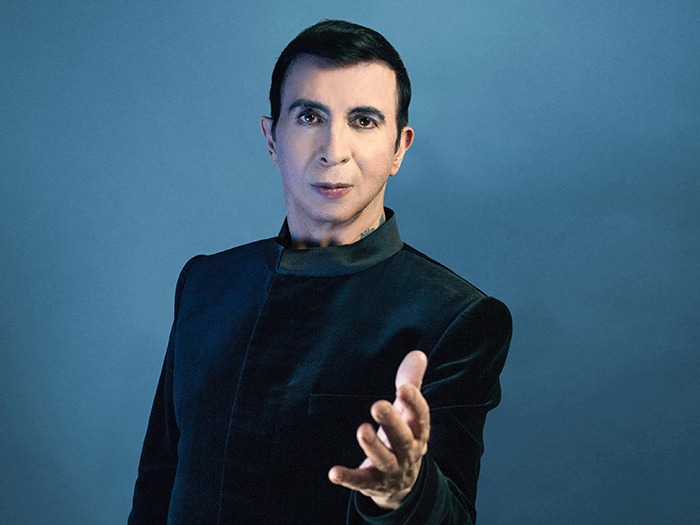 Born in Southport in 1957, Marc Almond is an internationally acclaimed music artist. He has sold over 30 million records worldwide and is an icon and influence to a generation of musicians.

Marc met David Ball at Leeds Art College and formed the internationally successful ‘electro duo’ Soft Cell in 1979. They went on to record four albums and their single Tainted Love broke all records as the track that remained the longest in the US Billboard Top 100 and received a Brit award for best single of that year.

Marc recorded the innovative and influential double album Torment and Toreros with Marc and the Mambas which put Marc in a unique musical place that had one foot in mainstream and the other in the underground.

A diverse and hugely successful solo career followed with over a dozen musical albums and a second number one single, Something’s Gotten Hold of My Heart in 1989 with 60’s Legend Gene Pitney.

Marc has been awarded the Ivor Novello Inspiration Award, the Icon Award by Attitude Magazine, a Mojo Magazine Inspiration Award, an Honorary Fellowship of Leeds Music College and Mr Almond had the great pleasure of accepting the honor of OBE in March 2018.

Marc’s latest solo album, The Velvet Trail, was released in March 2015, closely followed by a sell-out European live tour. In November 2015 Marc together with Poet Jeremy Reed and Composer Othon made an album of Pop Operetta, Against Nature, based on the book A Rebours by J K Husymans and funded through Kickstarter.

Following ‘Trials’, Marc released a Greatest Hits collection ‘Hits And Pieces’ once again through Universal in March 2017. With so many career highlights featured within the 2-disc set, it was no surprise to see the album push Marc firmly back into the UK Top 10 and this was further supplemented with a number of high profile TV and radio appearances. Shortly after the album’s release came a sold-out UK tour culminating in a triumphant show at London’s Roundhouse.

The seminal electronic duo Soft Cell (Marc Almond/Dave Ball) celebrated their 40th year in 2018 with the release of their anthology through UMC on 7th September 2018.  Entitled Keychains & Snowstorms: The Soft Cell Story, Marc Almond and Dave Ball got together for a sell-out final ever Soft Cell show at London’s O2 Arena in September 2018.

Marc Almond will release a new album of original songs in 2019.